2017 has not been a good year for me. Business is down and it’s not just in one clinic or two, but practically every dentist I have talked to has complained about a fall in income this year. And it’s the same with my friends who are in the retail and construction business.

Usually, such “perceptions” are not taken seriously. Where are the numbers, the data obtained through surveys or the tracking of “loyalty points”? Not backed by big data and/or a string of abbreviations behind our names, our ideas can only be labelled as perceptions or opinions. Meanwhile, official media sing a very different tune. 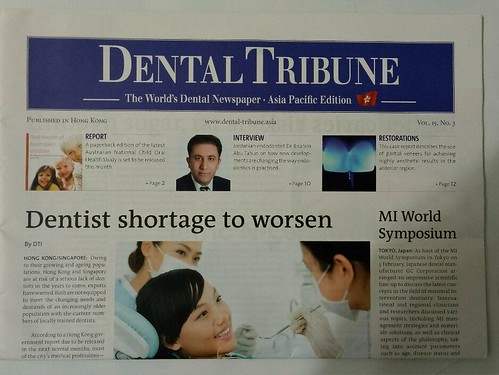 Very few dentists who have to deal with the realities on the ground can agree with that headline. Shortage of dentists? They’ve got to be kidding, right? But they’re not. Predictably, this article and many others like it talks about aging population. It seems like common sense that an aging population would lead to a demand for more dentists. Well, yes and no. I’ll come to that in a moment.

Some years ago, I attended a lecture where the speaker showed graphs with dentist to population ratios as evidence that we in Singapore don’t have enough dentists. But the professor failed to mention that in some of those countries with a “healthy” dentist to population ratio, it could be a two-hour drive between two dentists and some practitioners even operate from the backyard of their homes.

In Singapore, how many dentists are there between two MRT stations? How many are there in one neighbourhood shopping mall or town centre? Dozens if not scores of them! There are two adjoining HDB blocks in Toa Payoh where there are three dental clinics and only two medical clinics. The uninitiated may think that folks in that estate must so dentally paranoid that they see the dentist a few times every month just to make sure that their fillings are still in place and their gingivitis scores are good. In reality, the clinics are barely able to make ends meet.

Make no mistake, it’s extremely challenging and competitive out there. So why is there a mismatch between what the big data tells the policy makers and the realty on the ground? The answer is hidden between the lines. The article above goes on to say that “In Singapore, this situation (shortage of dentists) is presently a lived reality in the dental profession. Here, foreign-trained dentists already made up the majority of new dentists registered in recent years.”

Is that even a fair indication that we don’t have enough dentists? The need for a majority of foreign dentists implies that there has been an exponential increase in demand for dental services and our local dentists can’t cope? You guessed it, it’s something else.

With the successful public listing of a chain of dental practices in Singapore, almost half a dozen wannabes have emerged in recent years. As you may have guessed again, most of these IPO hopefuls are backed by foreign investors. For a successful IPO, these dental practices need to demonstrate growth. The result? Dental clinics spawned throughout the island; sometimes even in the most unlikely places! In the past, a practitioner would nurture a practice for years before nurturing another. These days, they toss a bunch of seeds and hope they’ll grow by virtue of branding. If you plan to set up 100 clinics, of course you will need at least 100 dentists. If you don’t have 100 dentists, then of course there is a “shortage”. But is your aging population enough to sustain the 100 dental clinics that have been set up at today’s prohibitive costs? 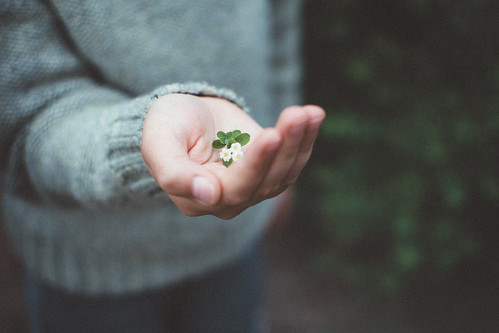 Dentists without such lofty ambitions don’t care if foreigners want to flush their money down the drain. But this denied or ignored oversupply of dentists and dental services in the private sector is super-saturating the market, promoting vicious competition, desperate measures and even unhealthy practices like backstabbing and badmouthing within the profession.

There is another qualitative issue that increasing the number of dentists does not address. It is an irony that when the population was aging far slower decades ago, dentists then were more acquainted with extractions, dentures and other unsophisticated, quick fix treatment that the elderly would normally ask for. Today’s dentists are more into implants and orthodontics. A recent seminar on geriatric dentistry saw a pathetic number of participants. What do you expect? Clinic operating costs are high. A dental education is very expensive, so naturally the young and virile dentists go where the money is. So is there a mismatch between what dentists want to do and what the aging population needs? If there is, then training more dentists, setting up more clinics and importing more foreign talent simply won’t work. Does the argument for more dentists based on an aging population hold any water?

It really saddens people in the know to see the stark realities on the ground while policy makers continue to inflate the bubble based on some imaginary problem treated with the wrong medicine. Of course, all this cannot last forever. The sooner those foreign investors and academic experts can come to their senses, the better. I wish I could get out of the way when the bubble bursts.

Christmas With A Vietnamese Twist 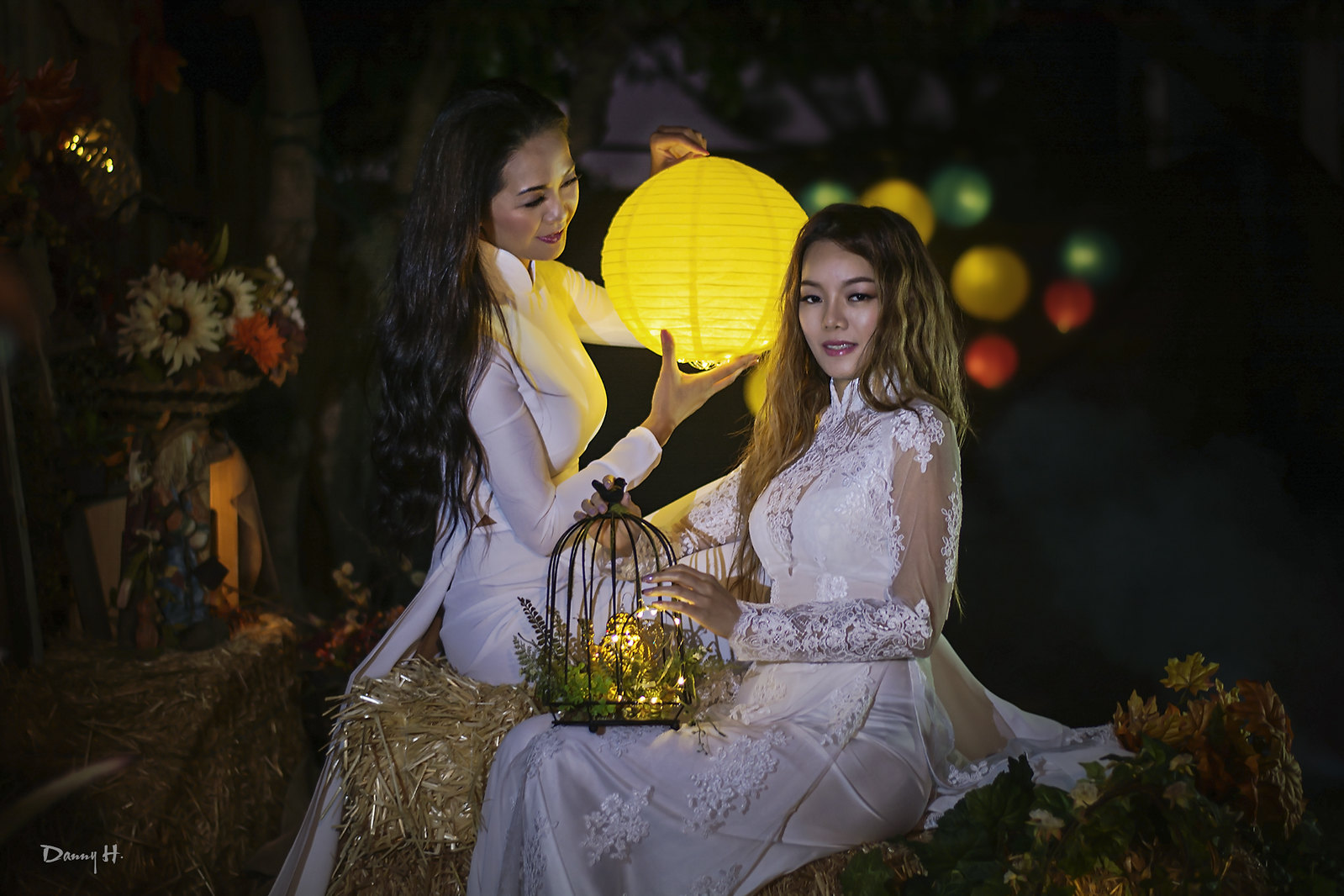 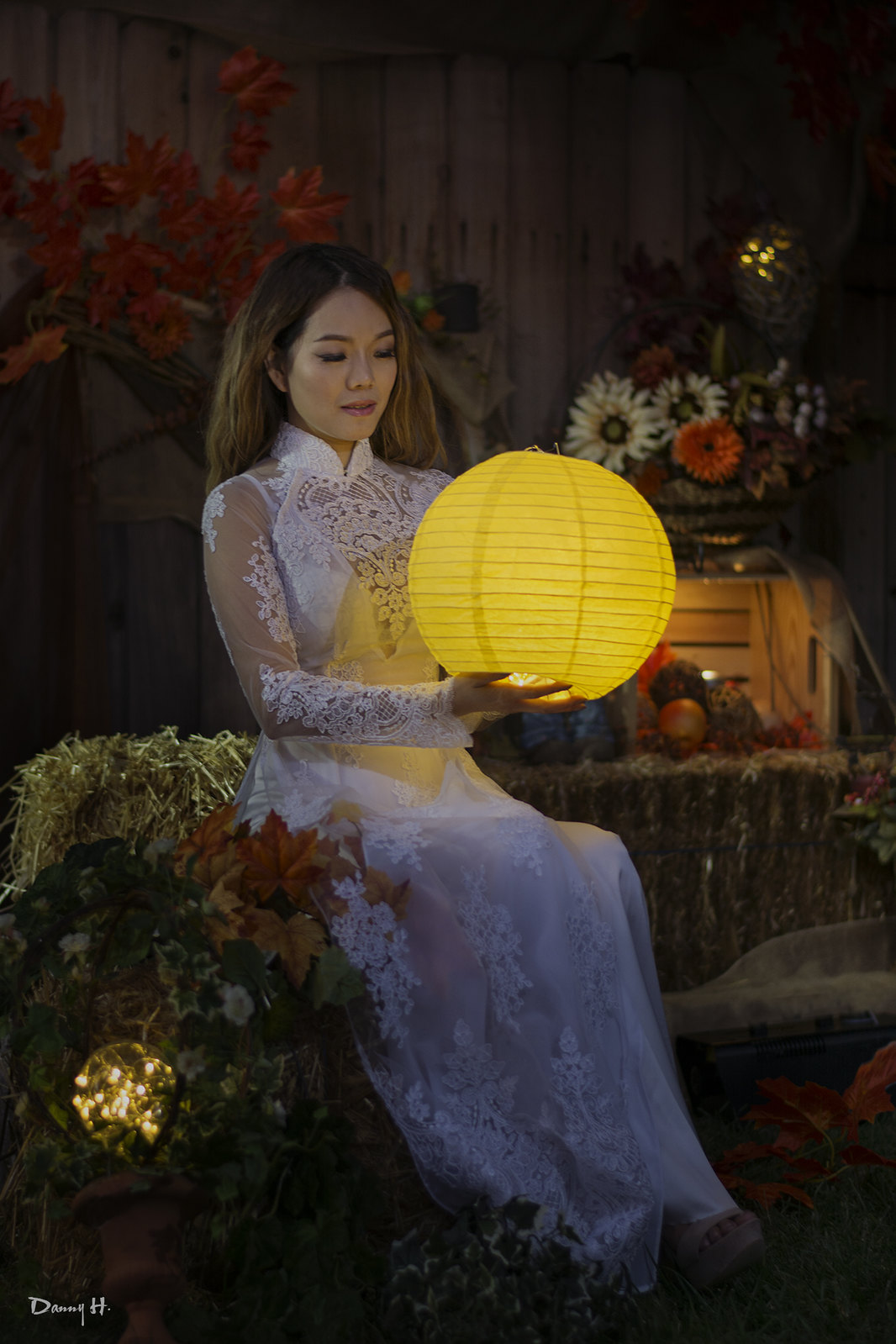 The End of Fillings?

Many people are under the impression that dentists earn a lot of money. Hence, whenever there’s any news that dentists may suffer a huge loss of income from some disruptive technology, the public would appear to have reason to celebrate. Here’s one. Researchers at King’s College London found that the drug Tideglusib stimulates the stem cells contained in the pulp of teeth so that they generate new dentine – the mineralised material under the enamel. This new drug has been touted as something that will end restorative dentistry with filling materials.

The Telegraph has the details here.

Not surprisingly, the article went viral, but exactly what was it trying to say when it suggested that “Teeth already have the capability of regenerating dentine if the pulp inside the tooth becomes exposed through a trauma or infection”

Any person with a basic knowledge of tooth development would know that this statement is untrue. First of all, the pulp forms secondary dentine all the time. However, the pulp does not push outwards as it forms the secondary dentine. It pushes inwards, painting itself into a corner if you will. That’s why young teeth have comparatively large pulp chambers while older teeth have smaller ones. As the tooth grows older, the pulp shrinks and becomes smaller and smaller. Meanwhile, the external surface of the tooth continues to wear out. No actual “regeneration” occurs. 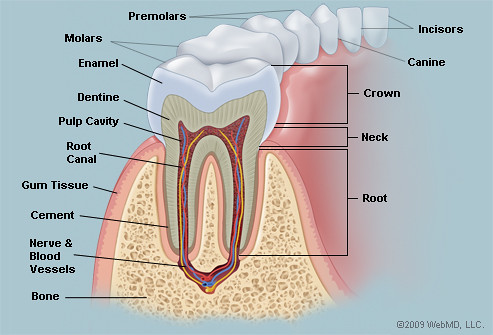 A young, healthy tooth has a relatively large pulp chamber. The growth of new dentine forces the pulp inwards. There can be no change in the external dimensions of the tooth. 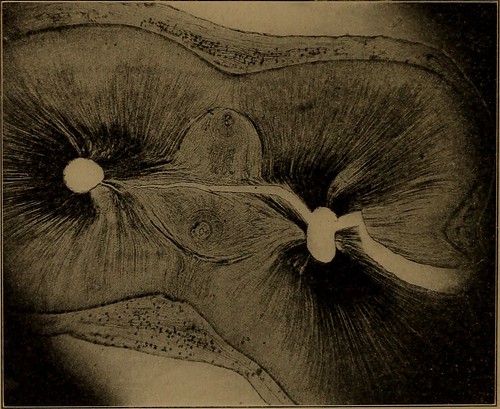 A young, healthy tooth has a relatively large pulp chamber.

The process of secondary dentine formation can be sped up when the pulp senses decay and mild irritation coming from the surface of the tooth. This is a protective measure and not a very ingenious one if you ask me. However, if the highly sensitive and fragile pulp tissue becomes exposed through trauma or infection, it almost always becomes non-vital. It is simply untrue that exposed, infected or injured pulp can still generate dentine as suggested by the article. Once the pulp has been exposed due to caries or trauma, root canal treatment is seldom avoidable.

Unless the evolution of human cell biology has taken a drastic turn, I don’t see how inserting a collagen sponge impregnated with some miracle drug can cause the pulp to build dentine outwards and fill up the cavity.