When Doctors Get Desperate

Toni Bark is a forceful promoter of ice-cold dips in lakes and other dubious “alternative cures” like homeopathy. On her website, she claims to practise “Disease Reversal, Holistic, and Functional Medicine”. A bestselling author, popular speaker and a powerful crusader on social media, she has also made a vocation out of speaking against vaccines and how they harm our children. You would think that she must be some self-taught guru with no substance beyond her gift of the gab. Except that Dr Toni Bark is a qualified paediatrician.

Yes, she sees (or appears to see) little or no threat from measles and other illnesses that had killed many children in the past. At the same time, she makes many parents think that there are safe “natural cures” for these conditions. Instead of managing common paediatric conditions in a clinical practice, she focuses on “illnesses” caused by vaccines and insists that vaccines are the cause for autism in the face of overwhelming evidence to the contrary. As a layman, she could have been dismissed as some snake oil salesman, by Dr Bark testifies in courts as an expert witness!

There is always a supply of conspiracy theorists ready to lap up whatever sensational cover ups that the activists have exposed. Dr Spark claims that 70% of the reports on the safety of vaccines in mainstream media are paid for by the big pharmaceutical companies (Big Pharma). Followers and believers of the anti-vaccination movement come in all shapes and sizes. From Jews to Muslims, school dropouts to university professors, homeless folks to those who live in mansions – there is no typical profile for the average “anti-vaxxer”, as they are commonly referred to. Throw in a few celebrity “influencers” and you’ll have an unstoppable anti-vaxxer movement.

However, if you were to study these anti-vaxxer websites, a predictable pattern is observed. There is usually very little scientific data or statistics – just moving, even tear-jerking stories. While most rational people will not accept these stories as representative of the mean, some people just fall for it. Knowingly or otherwise, the cult leaders capitalise on the people’s mistrust in the government (and who can blame them after the fake news about WMD in Iraq that cost Americans thousands of lives and $2.4 trillion) and manipulate that mistrust so that they can even make the most far-fetched conspiracy theory believable. Sadly, the writing is on the wall. Truth is losing ground. The more the authorities try to beat them down with statistics, the more the cult would try to rebel against the system and recruit new members.

All cults come with leaders and for someone as intelligent and well-trained as Dr Toni Bark, it’s hard to see her as a follower even though the anti-vaxxer movement may not have started with her. Whatever her motives, it is likely that she became much better known after she spoke out so vehemently against vaccines, especially when she travels the country to give fiery speeches and riveting talks against the establishment in contrast with the usual stuff that most unassuming paediatricians talk about. She wouldn’t have generated any buzz. She wouldn’t have become famous if she had worked as a regular doctor. By going against all that and practising quakery, her patient load increased rather than decreased. 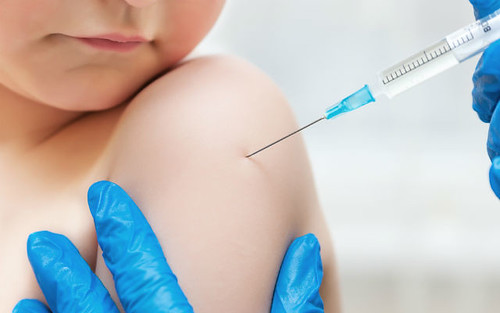 “The anti-vaccine lobby has grown from a fringe movement in the late ’90s, early 2000s to this massive media empire that has now hundreds of websites, amplified on social media. They have political action committees now, it’s become politicized,” said Peter Jay Hotez, dean of the National School of Tropical Medicine at Baylor College of Medicine and the director of the Texas Children’s Center for Vaccine Development. “This was never a problem up until a few years ago, but now it’s become this huge issue.”

Yes, it’s now so huge that it has become political. It is believed that Donald Trump scored quite a number of points by pointing out that vaccines could be a cause for autism. Like Dr Bark, Senator Rand Paul is also a doctor and an ophthalmologist to boot. He too seemed to have gained quite a few supporters by suggesting that vaccination should not be compulsory. A 2015 Pew Research Poll concluded that 68 percent of U.S. adults say childhood vaccinations should be required, but 30 percent say parents should be able to decide.

The movement is bearing a toxic fruit. In 2018, 349 individual cases of measles were confirmed in 26 states and the District of Columbia. This is second to 667 cases reported in 2014. Measles was supposed to have been eliminated in the US in 2000 but most recently from January 1 to April 4, 2019, 465 individual cases of measles have been confirmed in 19 states! Will it hit a new high?

Meanwhile, the anti-vaxxers continue their crusade to leave more children unprotected. Are they simply ignorant, misled, or do they have a more devious motive – like some vegan guru who doesn’t practise what she preaches?

We all know that politicians are in a breed of their own and their stand can shift with the movement of public sentiment. But It would not just be an irony but an utter insult to the medical profession if doctors who are not doing well practising medicine somehow manage to earn a fortune by going against it.

You Can’t Please Everybody

True story. Tim was gym owner who was all stressed out even though he was doing a booming business. After numerous ranting sessions with friends and family, he began to rationalise his position. He realised that over 90% of his customers were satisfied with the service and amenities he provided. Less than 10% were habitually complaining, threatening and making all sorts of demands.

Tim had been reading books by business gurus who said that he must hold his customers as a bucket would hold water. Once there’s a leak, his business will bleed. It all sounds very nice and logical, but the reality is something that the guru had not grasped. Tim decided that he would just refund the membership fee to that measly 10% and focus on that 90%.

The guru was wrong. He did earn a little less money, but his business did not bleed. Most importantly, Tim’s sleep and appetite improved. His regained his health and he was even beginning to enjoy his work.