Do People Learn From History?

Whistleblower Dr Li We Liang has died (7 February 2020). He was among the 8 who were arrested on New Year’s Day and warned not to “spread rumours” about a SARS-like outbreak. We now know that Dr Li and his colleagues were not spreading rumours. They had stumbled on a the spark that would ignite a raging global pandemic. The Wuhan coronavirus, renamed Covid-19 by the WHO, has brought China’s public health system on its knees. Interestingly (to be polite) the authorities are still warning people not to spread “rumours”.

In the wake of Dr Li’s demise, two courageous influencers, who had been reporting live from Wuhan, Chen Qiu Shi and Fang Bin have disappeared – warning that Dr Li’s death notwithstanding, whistleblowers are still not welcome. Being his hometown, Fang Bin was especially emotional in his revelation of the dire situation in Wuhan. Sadly, we are unlikely to hear from both of them ever again.

The current epidemic appears to be much bigger than SARS. It has definitely infected and killed more people, so perhaps it can be considered something new to China. What can we learn from history? How was the Spanish Flu managed in the US in 1918?

The US had its own whistleblowers back then. The authorities back then, led by President Woodrow Wilson, also acted pretty much in the same way that the Chinese authorities had acted.

Dr Loring Miner of Haskell, Kansas first wrote in Public Health Reports in March 2018 that he was shocked to see dozens of his patients become very sick with what seemed to be “influenza of a severe type” and die. And they weren’t even frail and elderly patients with other health issues. Most of those who died were between the ages of 25-29. He reported his findings to the US Public Health Service which did not take the outbreak seriously.

The mortality rate for the common flu looks something like the dotted U-shaped curve below. The virus kills the most people at extremes of the age scale. Other than infants, the majority of fatalities come from those who have reached the end of their lifespans. For this reason, the common flu is not taken that seriously.

A novel virus like the Spanish Flu virus, however, kills far more infants and hundreds of times more people in their prime. That is why it needs to be taken far more seriously. Why did America not take it seriously? That’s because a law passed in the US in 1917 stated that anyone who would “utter, print, write or publish any disloyal, profane, scurrilous, or abusive language about the government of the United States” could be jailed up to 20 years. Something like that would be considered unconstitutional in the US today, but Americans would learn it the hard way.

The virus quickly spread in army camps. Some infected soldiers died in 24 hours. The response? Cover up. One newspaper published the headline: “Vicious Rumours of Influenza Epidemic Will Be Combatted”. Rumours? 40,000 American soldiers would die from illness caused by this novel virus.

The state of Philadelphia was very determined to deny the epidemic, hoping that it would soon be over and forgotten. The Liberty Loan Parade on September 28 would go ahead. Dr Howard Anders begged reporters to write about the dangers posed by the parade involving military personnel, many of whom could be carrying the virus. Dr Anders warned that the health of the entire population of Philadelphia would be in peril if the parade were allowed to go ahead. They heard him but none of the journalists wanted to risk a 20-year jail term. The Philadelphia Inquirer gave the following advice:

Live a clean life. Do not even discuss influenza. Worry is useless. Talk of cheerful things instead of the disease. 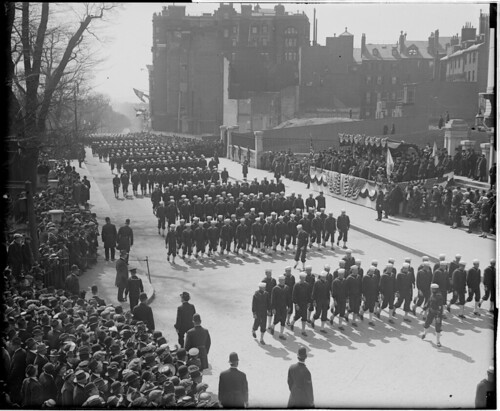 The parade went on as planned. Just as Dr Anders had feared, the epidemic spread from the barracks to the civilian population. Less than 2 weeks later, 759 (unreported) people in Philadelphia had died. Still the Inquirer withheld information and reported that “Scientific Nursing Halting Epidemic … Officials Say Entire Situation Is Well in Hand”.

Meanwhile, horse-drawn carriages started collecting dead bodies rotting on the sidewalks, projecting images from the plague of the 14th century. The city quickly ran out of coffins and all kinds of chests and boxes were improvised. Trucks driven by priests went round to collect bodies as public services became overwhelmed. By the end of October, a little less than one month after the parade, 11,000 (unreported) people in Philadelphia had died. Death rate for the infected was about 40%. The total death toll in the US was already 195,000 (unreported) and growing. 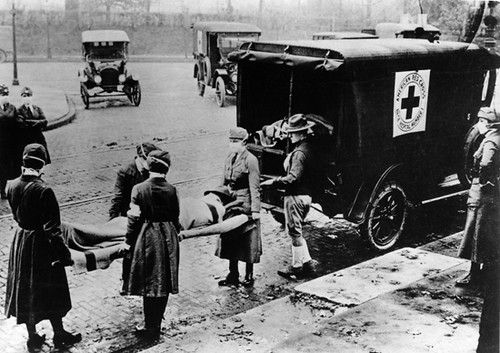 In Chicago, the health commissioner claimed that “fear kills more than disease”. As more and more public places were shut down and limits were set on passenger loads on public transport, the public stopped trusting the government and put matters into their own hands. They started wearing masks. Sales of quinine rocketed. Desperate doctors actually prescribed whiskey. People who didn’t ear masks got beaten up. The police arrested those caught spitting. Some became deranged, killing their own family members to stop them from getting the disease.

Interestingly, Spain had never asked for the epidemic to renamed Covid-18. It is unimaginable that America will manage things the same way it did in 1918. Can we expect that from other countries?

Three state-backed doctor associations in Beijing published a joint letter last week telling doctors in China’s capital city “not to disseminate information that is still in the research stage or views that are controversial” in relation to the novel coronavirus, reflecting the authorities’ intent to tighten control over details relating to the outbreak.

The letter by the Beijing Medical Association, Beijing Medical Doctor Association, and the Beijing Association of Preventive Medicine was dated on Wednesday but was only published over the weekend, a week after the death of Li Wenliang, the young doctor who was reprimanded by police for “spreading rumours” when he tried to warn people about the virus outbreak in the central Chinese city of Wuhan in December.